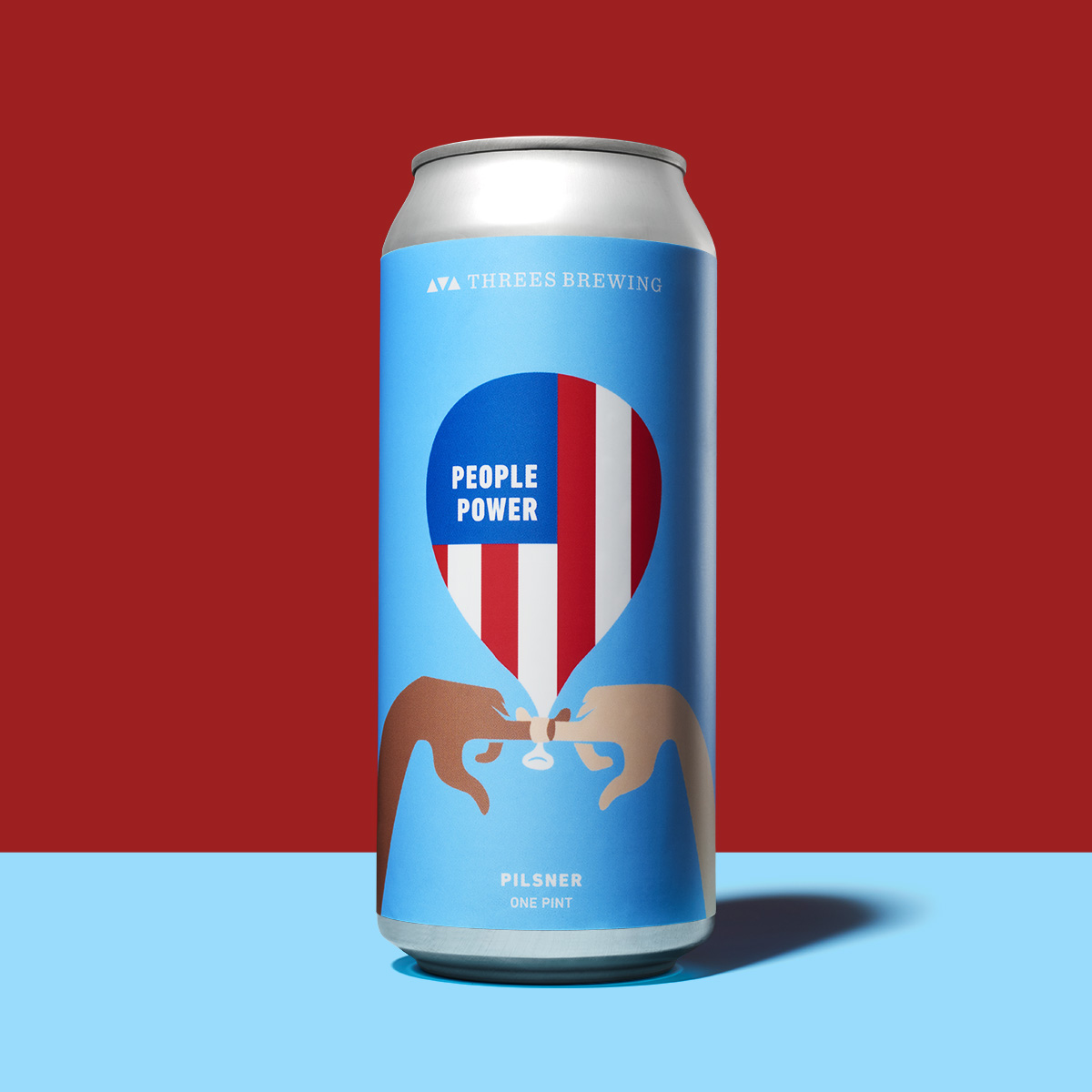 Among the many reasons why we love the craft beer industry—beyond the fact that it so often enables our beer drinking habits—is the tendency among craft brewers to give back to both their local communities and stand up for causes they believe in.

For almost a century the ACLU has defended our Constitution in the courts. In 2017, they coupled those legal efforts with People Power, a grassroots movement to galvanize meaningful policy change at both the local and national levels.

This idea inspired many of the nation’s craft brewers to create their own interpretation of People Power Beer, in support of the ACLU and their essential work.

Our brewery pledged to support the American Civil Liberties Union (ACLU) by bolstering their grassroots People Power initiative to champion voting rights. This program was designed to empower people with the tools and capacity to organize locally to protect grave threats to our civil liberties. We demonstrated our support by brewing a beer eponymously named People Power and proudly donating 10% of the purchase price of that beer to the ACLU.

Why would a brewery focus on civil rights threats in our culture? We brew beer for the moments we celebrate and the way it brings people together. Throughout the nation, breweries are pillars in local communities, creating gathering places in our neighborhoods. As we are uniquely positioned to raise awareness and bolster civic engagement, we have always felt a moral imperative and a patriotic duty to act.

We chose to help support the ACLU’s tireless efforts in affirming the protections afforded by our constitution and by the spirit of that document to protect the rights of all. We’ve seen first-hand, the strength that a united community can harness.

We invited other brewers to join us in protecting the most vulnerable in our society by taking this pledge and brewing their own interpretation of People Power beer and donating 10% to the ACLU. The outcome was a nationwide cornucopia of brews, designs, events and other inspired activations. Like the power of the people itself, expression comes in endless forms and sprouts from the ground up. As brewers, we try to do our best to ferment and foment this creativity and commitment.

The below craft breweries from across the country launched their People Power brews from July 4th through Election Day 2018 in conjunction with the ACLU’s “Let People Vote” People Power campaign, which works to expand access to the ballot in all 50 states.